Larry Martin: In Their Own Words

Join JDL and the First United Methodist Church of Jackson for another installment of Larry Martin’s In Their Own Words!

Dick Thelen was 18 years old when he enlisted in the Navy, and he was eventually assigned to serve aboard the Indianapolis. Only July 30, 1945, The Indianapolis was attacked and sank a little after midnight in only 15 minutes. There were 1,195 men on board. About 300 men died in the sinking with about 900 men going into the dark, cold foreboding Pacific Ocean. They jumped off into nearly total darkness with a lot of black oil on the water that they ingested.

Dick will tell what it is like to be in shark-infested waters for four and a half days with the Navy not even searching for the “Indy.” Only 317 men came out of the Pacific Ocean, making the sinking of the USS Indianapolis one of the worst naval disasters ever. Many men lost their minds from lack of water and food. Some men were on rafts, but Dick was in the ocean the entire four and a half days and his Mae West lifejacket was becoming more waterlogged all the time, barely keeping him above water.

Larry Martin: In Their Own Words

Join JDL and the First United Methodist Church of Jackson for another installment of Larry Martin’s In Their Own Words!

Lee Zimmerman was a bombardier aboard a B-17 in the Mighty 8th Air Force. His B-17 was shot down on his 22nd mission over Germany on November 30, 1944, resulting in Lee becoming a POW in Barth, Germany at the Stalag Luft #1. Lee’s internment lasted until the May of 1945.

Listen as Mr. Zimmerman tells what it is like facing flak as well as German fighter planes. Despite receiving no parachute training, Lee always wondered what it would take him to put on a parachute and bail out of his B-17, and eventually, Lee was forced to do just that. Zimmerman also tells of being threatened with death by the Hitler Youth.

Join Chef Brad and learn how to make comfy, cozy, and delicious soups!

Drop on by the Henrietta Branch for their Holiday Silent Auction!

Don’t miss Henrietta’s Silent Auction! Stop by during the month of November during open hours. We’ll have crafts, homemade goodies, re-gifted new items, and more! It’s just in time for the holiday season.

Learn how to do genealogy research. Explore your family’s past using the Ancestry and HeritageQuest websites. In addition, find out about the library’s local history collection housed in the Minter-VanOrman Room.

Registration Required. Call the hosting branch to reserve a spot.

This sale, one of two per year offered by Eastern’s Friends of the Library, offers fiction and nonfiction books, juvenile and young adult books as well as movies, music, and magazines. There’ll be approximately 5,000 items to choose from.

Most hardcovers: $1
Most paperbacks: 50¢

Intended for All Ages.

Stop by the Hanover Branch for the Friends of the Library Holiday Silent Auction! This is a perfect opportunity to get your shopping done early and acquire some wonderful, creative gifts for everyone on your list.

The auction is during the Branch’s open hours:

Haunt your way down to the Carnegie Branch for a special presentation about Ghost Hunting in Michigan!

Presenters from the South East Michigan Ghost Hunters Society will share their experiences as ghost hunters. Included points of discussion are stories, photographs, and EVP recordings from past hunts. The Society representatives will answer questions following the presentation’s conclusion. Participants of this program will be able to escape the ordinary as they learn about paranormal investigations and the techniques used in documenting explained phenomena.

The South East Michigan Ghost Hunters Society has been active for 22 years and have conducted hundreds of investigations in Michigan. The group has been featured on the History Channel’s TV series, “A Haunting.” Brad Mikulka, the director, has written 3 books about their investigations.

Round up a team of your friends and family at Grand River Brewery for a new installment of spirited–and FREE–pub trivia! Jackson District Library is hosting, but don’t worry, we won’t make the questions too hard. Questions will all be general knowledge. Prizes will be awarded to the top three teams! 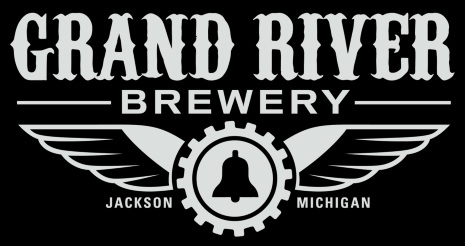 Join us at the Eastern Branch as we prepare for Halloween through our Thursday Movie Series!

Join us for some great films all month long. Widescreen, comfortable seats and popcorn, too! Thursday afternoons starting at 2 p.m. Movie synopses from imdb.com.

A gentle man, with scissors for hands, is brought into a new community after living in isolation.